Quattro Books Launch and a host of other happenings

There’s so much going on lately.

First off, I experienced my first Quattro Launch last Tuesday night. The author readings were spectacular – it was their night. Even the author introductions were riveting.

John Calabro introduced Vanessa Smith, author of the novella Grace. We learned how John met Vanessa at a writer’s festival. John read Vanessa's blog and found her to be a talented writer. As it turned out, Vanessa was working on her story Grace, which John asked to see. The rest is history. 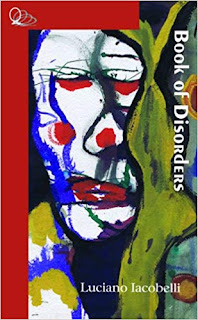 A.F. Moritz introduced poet Luciano Iacobelli, author of Book of Disorders. We learned from Moritz that Luciano lives in such an eclectic apartment that it should be called a “togetherment”. Moritz ended by saying that Luciano is a poet who addresses the reality that thought and passion are not separate – but one.

With incredible ease and charm, Beatriz Hausner introduced poet Rob Rolfe, author of Saugeen. Apparently Rob’s book needed little to no editing – but then again, Rob is a seasoned poet.

It was a very celebratory night. Tequila was the drink of choice. I don’t think I’ve received so many hugs at a literary event before.

What else has been going on? I’m preparing for my first speaking engagement at WriteNow!@King. I’m going to have to condense my notes and make some handouts. It’s happening this Thursday.

It’s also, of course, Easter. I’m sick with a cold, so I’ve mostly been working sprawled out on the couch. My husband is even sicker than I am – with a very bad cold.

For the majority of the weekend, I’ve been revising my poetry manuscript. Poems are never done – which is as it should be – but it’s still taxing on the psyche.

Finally, my Moosemeat fiction group is planning an event – which will be announced soon. In the meantime, I have to write a flash fiction piece. I found this flash fiction challenge in the Open Book: newsletter:

FLASH FICTION
Want to try your hand at flash fiction. Renee Miller's April challenge asks you to "ask yourself 'What if?'.... What if television/Internet were never invented? What if artistic expression were outlawed? What if there were no books? What if the world had one religion?" Click here for submission guidelines.

I’ve also been reading a lot of poetry. David Clink’s poem “My Latest Poem” from his collection Eating Fruit Out of Season is particularly enjoyable.

Poetry book clubs are a great way to deepen our understanding of poetry. Here’s a guideline for starting one: click here. One idea is to have a poetry night at the movies for your book club: Poetry in Film