On Tap: "Finding Water" & "America Walks into a Bar" 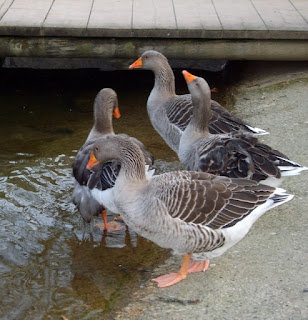 Finding Water, by Julia Cameron – a very interesting workbook designed for "recovering artists". And so I've begun my search for water. A friend of mine gave me this book and so far it's proving to be helpful.

Cameron has an excellent section on the inner critic – which as you may have noticed in my last post – is a topic that has captured my attention. She suggests that you get to know your inner critic: What does it say? What tone does it use? Where is this voice coming from? If this inner critic had a face, what would she or he look like?

Well, I went ahead and did this exercise because I come up against this inner critic a lot in my fiction. (Poetry doesn't seem to present as big a problem.)

You'll never guess who my inner critic is....and I won't tell you. The point is I was completely surprised with where this exercise led...try it and you also might be surprised at what you uncover. 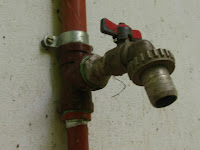 I've been following Cameron's idea of "Morning Pages." I did them in the past and found the process a bit monotonous – I prefer to write a draft of a poem or sketch out a scene. But she goes into a lot more detail about the function and worth of these pages in Finding Water.  So I'm going with the flow – and I'm really enjoying it.

﻿﻿﻿﻿﻿﻿﻿﻿I have another poetry retreat coming up and I'll be blogging about that experience. But the next post is going to be a book review by a guest blogger. Stay tuned for that. 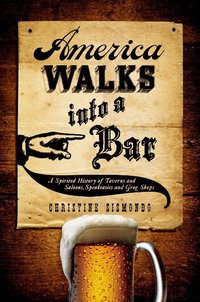 Finally, I wanted to mention the fantastic event I went to last night at the Gladstone as part of "This is Not a Reading Series." Christine Sismondo launched her new book, America Walks into a Bar, from Oxford University Press. It chronicles the social and political history of the American bar. She opens up a whole new world as to how the "good" and "bad" bars of history have influenced our society.

The audience was particularly receptive to some of the "bizarre" bars that cropped up and most likely helped fuel the prohibition era.

In honour of this event, the Gladstone Bar was serving pre-prohibition drinks. What are they, you might ask? Well, as Christine explained to us, before prohibition there were several key discoveries around making cocktails – such as the way ice was prepared and how syrups were concocted for the drinks – that were lost during prohibition. The pre-prohibition drinks recapture the lost art of making drinks. This is a great gift for history buffs, pop culture aficionados and for those who like to drink. I can't wait to read her book.
Labels: America Walks into a Bar Christine Sismondo Finding Water inner critic