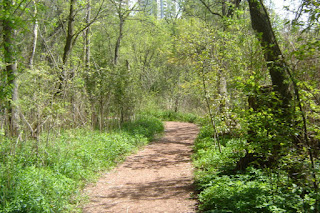 You may have noticed I deleted my page "News in the Writing Community" – as I realized I can post all the news on Twitter. I just finished posting a bunch of noteworthy items in the writing world – not the least of which is the fact that my brother, Mark Young, is going to be published in Measure – a highly esteemed magazine.

I also tweeted about Sarah Selecky – she has some great tips for writers! Everyone should read her article, "The Ten Biggest Mistakes Short Story Writers Make" – which is available on her site now (as a gift to new subscribers of her free email dispatch). Click here to go to her site. Follow me on Twitter to find out all the news.

So what is this post "Reality" all about? Good question. It's about the reality of working on a poetry manuscript. It's a very different reality – full of surprises and steep learning curves. This is my first time going through this process – so it's all new to me!


This Wednesday evening I met with my poetry editor at Quattro Headquarters. We've already gone through the entire manuscript three times – and I was preparing to go through it a fourth time. I braced myself, ready to dive headlong into the manuscript again - but I received a great surprise. He told me this is basically it. "The dough is rising and the manuscript is just about ready to be put in the oven." (He was laughing at his metaphor – but I was loving every minute of it!)

Now we've come to the final phase – revisiting how the poems should be arranged and divided into sections. He gave me some wonderful ideas – listing the poems according to several themes. Now it's up to me to start playing with the pages to see which poems complement and contrast each other well.

Originally, I'd divided the manuscript based on one of my favourite poetry books from childhood (entitled, The Children's Hour). But I hadn't realized how much time and thought would be needed to arrange the poems. I ended up just giving it my best shot under the time constraints and handed it in. So I'm glad now to have a second crack at it under the guidance of my editor.

We'll have about two weeks to complete this part of the process – so it feels like there'll be more than enough time to get it done.