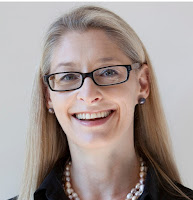 My brain is an attic filled with psychotic people. And each of these crazies has one thing in common; they’re all obsessed with words. They scurry around with their buckets and pails, pushing wheelbarrows that spill words and fragments of sentences, and each word or sentence is umbilically attached to the embryo of an idea.

They’re ravenous, these crazies; they have an aching need for these words and ideas to take shape – they long for me to relieve them of the burden of the tiny letters and they beg me to shape the fragments into coherent sentences and thoughts.

I feel the weight of these madfolk in my head; their rat claws bite the undulating surface of my brain as they run, they twist little ankles in their haste to push their way to the front line, and they’re not shy to give my skull a good thwack either, when they’re feeling particularly insistent.

They get their ideas from my eyeballs – my ever-roaming, ever-staring, ever-calculating eyeballs. My eyeballs are like antennae; they spring from my head from prongs, jutting out into the world, twitching this way and that, scanning relentlessly, shamelessly, interrogatively.

My tongue gets in on the action; once the eyeballs have seized upon a potential victim of prey, the tongue salivates and drools, enticing the crazies to leap about, they scramble and fight each other, each trying to find the right morsel from the gigantic scrapheaps of words and ideas that are stored in that busy attic of my brain.

And I feel tired, overwhelmed before I’ve even started. I share their obsession and I’m anxious I’ll fail them; I won’t deliver what needs to be said – from the electrical synapses of their wheelbarrowed offerings to the end of my can’t-type-fast-enough hands, I’m worried I’ll be the weak link.

Case in point: a couple of days ago I’m walking home. The eyeballs sproinged, bounced and scanned; sees girl-child about ten, maybe 11. She’s sporting a large tattoo on her upper arm. The tattoo looks tired and old. The girl’s expression says she’s closer to thirty than 12. She’s sullen, determined, she’s walking next to Grandma – Grandma’s  close to six feet tall, with an enormous hooked nose, a perfect witchy chin and the longest tongue I’ve ever seen. She reaches the bottom of her witchy chin with that tongue, no problem. She flaunts a couple of teeth – literally, two of them. Her strangely long stretched-out jug breasts hang low and bounce against her swollen belly, they’re positively jaunty, these long hanging breasts. Grandma’s resplendent; her t-shirt’s bright pink, her leggings are sunshine yellow and she breathes loudly around the cigarette that she doesn’t even seem to notice is there.

It’s all quite fantastic really. My eyeballs acknowledge a treasure. My tongue salivates. The crazies in the attic go berserk. And I have no idea what to do with any of it.

But then, in rushes the bookkeeper. She says not to worry, she’s made a note, she’ll throw it all in with the rest.
“It won’t get lost,” she reassures me but I’m afraid.

So I wait for the crazies to scurry about – what’s the story, what’s my hook? Give me something, fill those pails, load those wheelbarrows, and I don’t give a damn about the scar tissue you’ll leave with your rat-clawed pigeon feet digging in my brain – just give me something, anything, and I’ll run with it, I’ll do you proud.

“There’s a bog in Bala with cranberries,” a woman says, and my elephant ears flap. No, wait, she just stepped into the elevator with me, she’s no good for Grandma or the tattooed girl-child.

“I’m going to yoga,” I tell the crazies. “Try to have something for me by the time I get back.”

“Don’t go to yoga,” one of them advises. “Our best ideas will fall out of your nose in the Downward Dog.”

“Nothing’s going to fall out of my nose,” I reply.

“Take a notepad,” says another.

I sigh. “I’m not taking a notepad to yoga,” I say. “That’s what you’re for. You’re supposed to be the keeper of notes, you’re supposed to come up with ideas. When I get back, you guys better have something.”

They all stop moving. My brain feels horribly quiet and still. It feels the worst thing of all – peaceful.

Maybe they’re angry now. Maybe they’ll all just leave and then I’ll be all alone.

I get back from yoga and let the crazies offer me their slips of paper.

“Write it all down,” the bookkeeper tells me. “It’ll go into the debit column, regardless of whether it’s good or bad.”

“Which one’s the debit column?” I ask her. “I always get so confused.”

The crazies leap in delight and run around making my brain bleed.

“Write down the mole on Grandma’s cheek!”

“Write about the butt she’s hovering, make a note of that gleam in her eye, her crazy gleam.”

“Fine, fine,” I say, writing. “But tell me, where’s this delicious duo headed?”

The crazies go quiet. They stop their fevered antics. In the silence of my brain, I hear them scratching theirs.

"Going to find the kid’s dad?' offers one.

"Going to McDonald’s for a Happy Meal."

“Boring!" the others all shout. “Off with its head, boring!”

"Hey," I object, "all ideas are good ideas. No one's allowed to trash anyone else’s ideas okay? That’s the only rule."

They hang their heads subdued.

"I think the kids got a ballet audition," someone offers up and the others like that idea.

"Nah, she's the next Canadian Idol."

Meanwhile I think it’s time for tea. I tell the crazies they're onto something but I'm not sure what.

“Keep working on it,” I tell them. “I’m going to put the kettle on and make myself a cuppa. And don’t panic, I’ve got my notepad in case one of you geniuses comes up with something great.”

And such is the world inside my head. The sweet joy of writing and the beautiful burgeoning of ideas. I'd hate to live without my crazies – life would be quietly, sadly, unspeakably deadly and dull.

Bio
Born in South Africa, Lisa de Nikolits lived and worked in the U.S.A., Australia and Britain before settling in Canada in 2000. She has been a Canadian citizen since 2003 and lives in Toronto. She has a Bachelor of Arts in English Literature and Philosophy. Her first novel, The Hungry Mirror, was also published by Inanna, and won a Gold Award for Women’s Issues, Fiction, 2011 and was long-listed for the ReLit Awards 2011.

Her second novel, West of Wawa, is due to be launched on 5th October 2011.

West of Wawa is one of four Editor’s Picks in the September Issue of Chatelaine. For a book trailer and reviews, visit: www.lisadenikolitswriter.com