How Socially Awkward Are You? 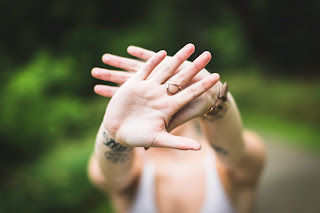 I knew I was experiencing an emotional hangover when I woke up the day after a friend’s birthday party, and I couldn’t stop replaying all the awkward moments of the night before.

I worried that I’d come off as a super weirdo (the opposite of a superhero), and I cringed over and over again. This was not an unfamiliar scenario. The only difference was that I was fed up with feeling this way. I wondered why I felt it necessary to waste my time and energy fretting about the normal, albeit awkward moments, that came along with social interaction.
But at the core of it was a deeper question: Why did I find it so hard to make a real connection with other people?
Whenever I was at a social gathering, I tended to hover around the edges of the party, or I liked to escape to the kitchen. I was ineffectively trying to hide in plain sight.
I deeply wanted to connect with others, but I found the landscape of socializing so full of pitfalls, it was almost too excruciating to bear.
Even simple things like walking to the store felt uncomfortable sometimes. I didn’t want to encounter anyone I knew because I didn’t want to bother with the awkward hellos and stilted conversations.
But when I got a new dog, I was forced to get out into the neighborhood more than ever before. To my surprise, I actually enjoyed walking my dog to the park. I didn’t feel so self-conscious anymore. Everyone I met along the way loved my dog Leo. He was like the magical buffer between me and other human beings.
I started warming up to the chitchat that went on between dog owners, such as “How old is your dog?” or “What’s his name?” I even started to take this communication among strangers for granted. I somehow thought that I’d magically transformed into a people person. But I wasn’t as immune to what I called “social fails” as I thought I was.
One time as Leo and I rounded the park, I saw a young girl, maybe 10 or 11, playing with a puppy. There was a mini-plastic slide and the girl kept placing the puppy at the top over and over again, watching him slide down and catching him at the bottom.
I came along and said, “Can my dog meet your dog?”
The girl just looked right through me as if I didn’t exist. Her father had his back to me and pretended he didn’t hear me. I slipped away quietly with a frozen look on my face, trying to appear nonchalant, as if it didn’t bother me in the least to be ignored.
This small incident sparked my old insecurities. Did I need to brush up on my social etiquette? Or was it something more systemic? Did I have to change my attitude toward other people?
At heart, I wondered if I was just missing some kind of social intelligence that made a person charming and interesting.
My lack of social etiquette seemed all the more apparent when I compared myself to my close friends. Most of them were naturally charismatic and had the gift of the gab. I loved how they could fill up all the awkward silences and do the heavy social lifting when I wasn’t up to it. But I also saw what I was missing. They were well-liked and enjoyed the well-being that came along with connecting with everyone from the cashier at the grocery store to the kids playing basketball in the street.
I had to wonder whether aligning myself with charismatic people was just another way of hiding. Didn’t I want to really connect with people, and not just go through the motions? And really, my socially brilliant friends weren’t a very effective stopgap for protecting me from awkward situations; they weren’t always available to hide behind. They were often busy being the center of attention with a wall of people surrounding them.
Why didn’t I initiate conversations? Why didn’t I jump into the center of a circle of people and tell a funny joke? Was it because I didn’t want to risk being ignored or rejected? Whatever the case, some part of me refused to get too involved.
But my standoffish attitude seemed to be causing more problems than it was solving. I didn’t want to miss the good parts. I wanted to get into the fray. I wanted to join in the fun. Wasn’t the risk of being blown off or rejected worth it?
My friends who thrived in social situations weren’t immune to “social fails.” They just weren’t as bothered by them.
One day, I was at a gathering and there was a major discussion going on. This time, instead of reverting into my shell, I decided to take the risk and join in. I spoke up and I did receive a little pushback. But to my surprise, I didn’t crumble. I just bounced back.
Maybe I wasn’t the overly sensitive sort after all. Maybe I just hadn’t learned how to prepare for and roll with the punches.
For me, it’s all about acknowledging that I’m taking a risk and deciding in the moment if I think it’s worth it. There’s an opportunity there, where if I’m lucky, I have a chance to be more open.
Previously published at the elephant journal.

I'm working on a novel about a socially awkward writer. If you're interested in finding out more, check my author website here.