Getting the ball rolling... 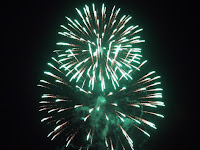 Where do ideas come from? Woody Allen apparently has a million ideas coming to him 24/7. If one idea gets some feet and starts running – well, he has a screenplay in no time. Ideas must be lining up right outside his brain waiting to get in and get their chance.

I’ve never been one to buy into that whole “what if” exercise – the famous writer’s tool.“What if” never yields a thing for me. But it’s been a while since I tried – so let’s see.
A Brainstorming Session of “What Ifs”:
“What if” keeps wanting to be asked. It’s now like an addiction I don’t want to stop...

Labels: brainstorming fiction ideas What if